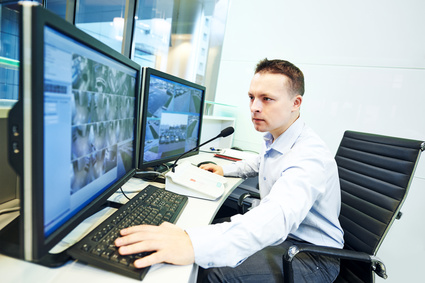 LED monitors produce images that are virtually free of any flickering. This results in less strain on your eyes, less eye fatigue, and fewer headaches.

Not only do LED displays have more intense color than LCD monitors and don't create any blurring due to motion. Many LCD displays produce motion blurring, which is basically when a picture blurs momentarily during scenes with intense on-screen motion. Unlike LCD lighting technology, LED lighting technology prevents light from escaping, so picture quality is not affected and the result is an image that is clear and crisp without any blurring during action scenes.

LCD displays are equipped with fluorescent bulbs. The bulbs have a shorter lifespan with continuous operation and tend to dim over time. LED displays have a much longer lifespan, offering more operational hours than a traditional LCD monitor, and there is very little decrease in the output of power over time.

LED monitors are engineered for low power consumption and are more environmentally-friendly. On average, an LED display can offer a 30-50% reduction in power consumption than a conventional LCD display. And, unlike LCD security monitors, LED-lit displays are easier to recycle and contain no mercury or halogen, so they are much safer for the environment in FL.